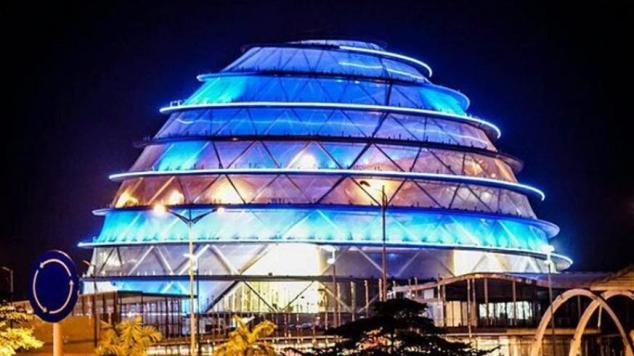 The first time I heard the name ‘Susan Thompson’ was in 2003 in my first year of university. She’d written, in partnership with UNR lecturer Francois Xavier Kalinda and the vice-dean of the faculty of law at the time, Felix Zigirinshuti, a booklet that was essential reading for the first year law student, ‘Methods of Legal Research and Writing’.  I never got the chance to meet her because she’d already gone back to Canada by then. Why she went back is another story all together. All I know is that leaving Rwanda (and her whole experience in Rwanda) was a traumatic experience for her

I’m not a mental health expert so I will not try to psychoanalyze her, but it is obvious that she is obsessed with Rwanda, the Rwanda Patriotic Front and President Kagame. This is an obsession that has seen her move from being a knowledge seeking academic to a card-carrying member of the Haters Brigade.

For the last decade or so, she has written tract upon tract about the Rwandan ‘regime’. Her nadir, in my opinion, was her 2014 letter to the BBC in support of Jane Corbyn, the filmmaker of the infamous documentary, Rwanda: The Untold Story. In it she wrote, among other things that, “the current vitriol around “The Untold Story” comes largely from those loyal to the current government, or those who believe its partial version of how the genocide happened”. Note the word ‘partial’.

Anyone who knows the truth of what happened in our country from 1959 to 1994 knows what truth. The truth was that people died, were tortured, lost their property and were driven to exile simply because of a single word in their national ID. By endorsing the documentary, what Susan did was to spit on the graves of our people. You’d think that that was bad enough but she wasn’t done yet with our country.

In it she attempted to convince the readers that, not only was the Visit Rwanda-Arsenal FC deal a bad one, but that Rwanda’s economic growth was just a “mirage”.

She wrote that, “critics, including members of Rwanda’s diplomatic corps, questioned the value of deal”. That is simply not true. At all.

She then wrote that “in the wake of the deal, legislators in the Netherlands and the UK demanded that their governments revisit the development aid they send to the country”. She conveniently ignored the fact that the UK Department for International Development and the Dutch Ministry for Foreign Trade and Development Cooperation, refused to jump on that particular bandwagon.

Then she continued, writing snarkily that, “, RDB officials proclaimed the Arsenal deal a promising return on investment, without a shred of evidence”. Ok, let us examine that assertion.

First of all, can we all agree that country marketing is a good thing?  I mean, between 2018-2021, the South African department of tourism will use 52.7% of its overall budget, which is equal to about $USD 300 million, to market south African tourism. And South Africa is a tourist behemoth. Who are we not to?

The ‘Visit Rwanda’ deal has created enormous global interest. This interest has manifested itself not only in the media, but also on the Google search engine.  In May 2017, Google searches for the keyword ‘visit rwanda’ in the United States, Rwanda’s main tourism market, numbered 110 searches. On June 1st, 2018, 1,600 searches were recorded, an increase of 1,355%. On social media the Visit Rwanda handles saw exponential growth. For example, followers of the Visit Rwanda handle on Instagram have grown by 444% when we compare May 2018 and September 2018 figures

In two published papers, Pablo Pedraza, a research fellow at the University of Amsterdam, and Irem Önder, an associate professor at the Department of Tourism and Hospitality Management at MODUL University Vienna, strongly suggest a predictive link between online interest and tourism activity. In layman’s language, they showed that the more people knew about a destination, the more likely they would visit it.

To make matters worse, Susan thinks we are all stupid. She writes that “by the end of 2014, the hotel industry registered only 19 percent occupancy, with 97 percent of beds sold to foreigners”. If that is correct, then our hoteliers must be dirt poor lunatics! I mean, today Rwanda has over 10,000 hotel rooms, up from just 600 in 2001.  Furthermore, even more hotels are being built, not only in Kigali but in Musanze, Rubavu and Rusizi. Are all these businessmen and women kamikazes’? How can people be building hotels if occupancy rates are so low? Her assertions simply don’t make any sense.

She then writes that, “Rwanda attracts fewer than one million per year” (false, Rwanda attracted 1.3 million visitors in 2017), “FDI accounts for approximately 13 percent of Rwanda’s budget, illustrating the need for continued foreign aid receipts (she is ignoring the fact that Rwanda’s dependence on foreign aid fell from 86 per cent in 2000 to 16% today and that the vast majority of the national budget derives from the domestic tax base). She ends with a mouthful of sour grapes, saying that “the Arsenal sponsorship deal is another example of the RPF’s promoted image of a self-sufficient and peaceful Rwanda, safe and prosperous under Kagame’s capable leadership”.

Well, ‘image’ doesn’t explain 10.6% GDP growth in the first quarter of 2018. Nor does it explain the fact that Rwanda is ranked as the second easiest place to do business in Africa by the World Bank and has been awarded for its leadership in tourism and competitiveness by the World Travel and Tourism Council (WTTC) and the World Economic Forum respectively. Those are cold, hard facts.

The fact of the matter is that Susan, and others of similar ilk, see today’s Rwanda in one way, and the rest of the world see it for what it is. An ambitious country that refuses to accept that it will remain small and insignificant to perpetuity.